A favourite time of year – winter – the air is crisp and dry, the sun is shining, parking is easy in town and temperatures of 16 -20c make a dramatic contrast with northern Europe. Keep that light jacket close by for the evenings!

How to spend your days – assuming you’re not in the sun!

1. Visit the Museum of Nerja ( el Museo de Historia de Nerja ) in the Plaza de España, immediately above the subterranean municipal car park. The locals, ‘Los Nerjeños’, were cave dwellers in Paleolitic times, later under Moorish occupation. Before, during and after the Moors they earned their livelihood on agriculture. The 1960’s brought a trickle of tourists and these foreigners ‘extranjeros’ keep on coming.

2. Tennis: At the eastern end of town, book your court at ‘Tenis Club La Raqueta’ or take an hourly lesson from resident trainer ‘Clive’. Fluent in Spanish/French and English, he will encourage your game and keep you entertained. The Club is contactable on +34 952 52 0948 or Clive is on +34 639 010 648 Location is next to the Urbanizacion Capistrano and opposite the Hotel Nerja Club. And after dark, play under the floodlit courts. There’s also a padel court.

3. Visit the Alhambra at Granada – one hour away. Built as a fortress and later converted into a Royal Palace for the Muslim Emirs in Andalucia. After the reconquest by the Catholic kings it was home to Christian rulers.

Despite centuries of neglect by its latter day rulers, the Alhambra endures as a spectacular display of Moorish art. Expect arabic inscriptions and intricate painted tiles with breathtaking views. Take a sweater/jacket, you are at a higher altitude to the coast, and book ahead, ticket/tour prices are from around 50 euros Tel: +34 902 636 459

4. Lunch on the beach at La Herradura, some 10km to the east of Nerja in the province of Granada. A calm fishing village with the most tranquil pace of life even in high season. And in winter, it steps down a gear. Popular with locals with a sprinkling of scandinavian expatriates, this is a place with understated simple style. Not Paris or Milan-style but charm and simplicity. 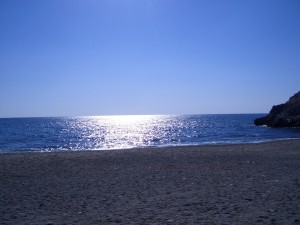 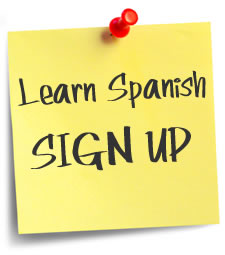 Housed in an extended village house with a courtyard in the middle, you can take your first steps in Spanish with Antonio or brush up and refine your grammar with Pepe. This is no naive backwater, the school is the first to be accredited by the ‘Instituto Cervantes’, the guardians of Spanish language learning. Courses at modest prices and individual lessons are possible, sometimes at short notice. See www.quorumspain.com +34 95 252 3788.