Law originated with a campaign launched on Facebook three years ago

Spain dragging its feet on a similar initiative 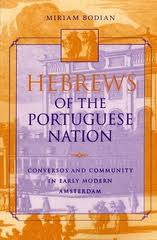 The Portuguese parliament has passed a law — similar to one introduced in Spain — to grant nationality to descendants of Sephardic Jews forced to leave the country at the end of the 15th century.

The law originated with a campaign launched on Facebook three years ago. Social Democrat Deputy Pedro Ribeiro de Castro took up the cause and became a sponsor of the bill, which was passed unanimously in parliament.

For Florida resident Luciano Lopes, who owns a yogurt factory and is descendant of Sephardic Jews from Oporto, the new law will entice him to eventually move to Portugal, despite the crisis. “It has always been a great place to live,” he said.

While in Spain Jews were cruelly persecuted and expelled during The Inquisition, thousands of Sephardic families were “obligated” to leave Portuguese territory and eventually settled in the Netherlands, Brazil and the United States. Many had arrived in Portugal after fleeing the Spanish repression.